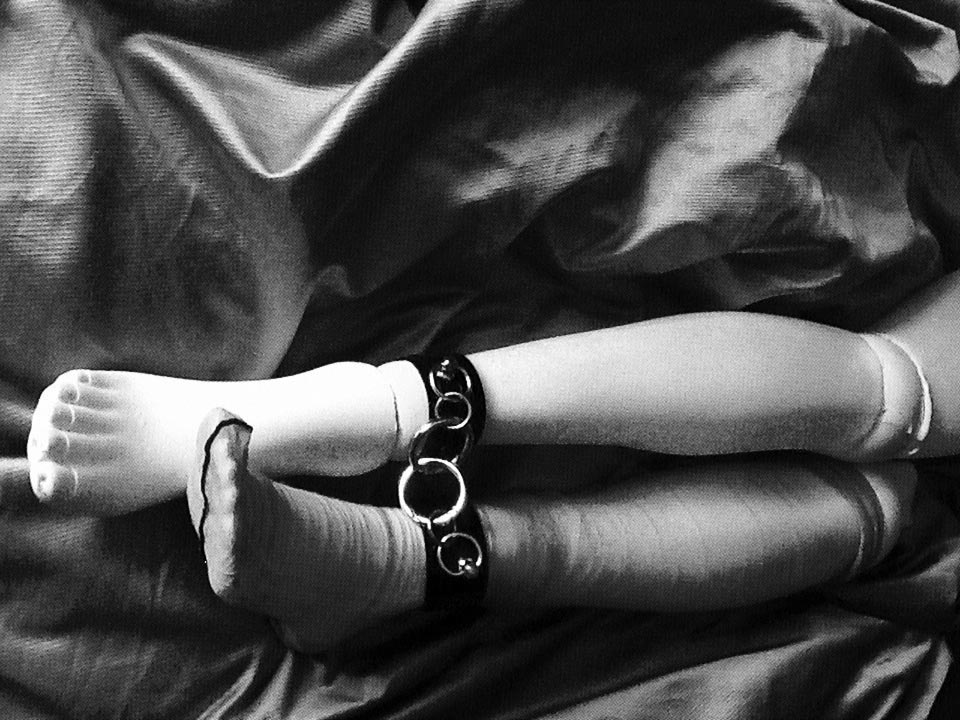 It is a matter of tension.

I mean tension as in what a rope must be for someone to tread it.

Whenever examining some sort of socially expressed phenomenon, it is almost always a matter of a few opposing and interjecting forces, and the tension they create between them is the locus which excites one’s salient interest.

This tension is something which individuals experience long before it has been captured academically and theorised about. This tension is precisely where action or new ideas spring forwards from. It is a very real thing.

Are we not, all of us, the tentative balancing act which results from the interjection of many opposing influences upon our consciousness?

This is a text about sartorial fetishism.

This I define as all the of the ‘extreme’ motivations, behaviours and expressions in the realm of dress.

I call them extreme in comparison to what would be regarded as commonplace and socially conforming within a certain timeframe, both practically and conceptually.

I like the word extreme because it captures the idea that fetishism is only a hyperbole of a thinking or practice that is already widely accepted - but this extremism reframes these as both explicit and deviant.

And with this reframing comes great potential for understanding and reshaping society. Fetishism takes the contradictions within a certain ‘well-adjusted’ system of thought and makes them the central focus, it magnifies and celebrates them. What conformism dismisses as unintended side-effects, fetishism highlights as structural sine-que-non.

This in turn creates new tensions, with fetishism as a destabilising hostile influence, incidentally brimming with revolutionary potential.

WANT SOME OF THIS?!
No items found.

GET SOME OF THIS!
No items found.
CREDITS:

Written by Elektra, the force behind milkshaken.net

Thank you! Your email has been received!
Oops! Something went wrong while submitting the form.
©2022 milkshaken